The Science Behind Fireworks

Summer is officially here in the Mile High City and this Thursday you can expect to see all things red, white, and blue. This year, when you’re watching fireworks with your friends and family, you can wow them by explaining the science behind how fireworks work!

Let’s break it down…

We know that fireworks are the result of energy generated by fire, but, how does it all work together to produce such a spectacular light show of color, sounds, and sparkles?

According to How Stuff Works, the fireworks that we’re used to seeing on the Fourth of July are called aerial fireworks. Aerial fireworks are formed as a shell and include four main parts:

Below the shell there is a small cylinder that contains the bursting charge. The bursting charge is a layer of black powder that, when lit, explodes to launch the entire firework shell into the sky.

Once the firework is airborne, the fuse burns until it reaches a specific altitude. Then, the black powder that is inside the container ignites, and the stars explode illuminating the sky.

Now you know the basic science behind how fireworks work. Pretty cool, right?

Learn more about the different types of fireworks here. 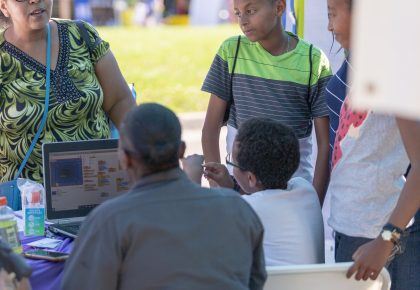